Filipina Nannies
New York, Los Angeles, USA, Montreal, Vancouver, Calgary,Toronto, Ottawa, Canada, Saudi Arabia, Bahrain, Dubai, Kuwait, Libya, Qatar, Morocco, Malaysia, Singapore, Hong Kong, Taiwan, England, Europe
I am a WITNESS… to the SUFFERING of my PEOPLE… I am a CHRONICLER of TRUTH… and a CATALYST of CHANGE… TO SPEAK UP… requires not only gumption…but education... Our missions are to INFORM, EDUCATE, ADVOCATE, CONNECT, ACCOMPANY, EMPOWER all Filipinas… KNOWLEDGE is POWER - it's important you SEE FACTS --- KNOW YOUR RIGHTS... CLICK-READ-EACH CITY/COUNTRY – to EDUCATE and EMPOWER YOU....YOU must BE AWARE of abuses and sufferings BEFORE you leave the Philippines... If you are already overseas and being abused, contact the organizations where you are - to help you. These organizations are listed or featured in this blog… Jose Rizal said: The TYRANNY of some - is POSSIBLE ONLY - THROUGH the COWARDICE of others...meaning…Your BOSS is a TYRANT because...YOU ARE a COWARD!?? Do not be AFRAID! TELL TO THE FACE OF YOUR BOSS - Without me, you cannot go to work and you cannot make money…Without me… your house is dirty and no one cares for your children...I WORK EXTRA HOURS - PAY ME EXTRA MONEY... BE BRAVE to SPEAK UP and STOP your ABUSIVE BOSS… DO NOT WORK as SLAVES IN A RICH COUNTRY... CLAIM YOUR LAWFUL RIGHTS AND DIGNITY... We are one, after all, you and I… Together we suffer…Together we co-exist

Snowden: Why our government is lying to you (VIDEO). Philippines under American Imperialism

Snowden:  Why our government is lying to you.  Public Lecture at McGill University, November 2, 2016  (VIDEO)

Philippines idiots Catholics & Migrante Internationalmissed biggest protest against Pope Francis - Pope of the Richest 1% of the Globe -NOT Pope of the Poor    http://popecrimes.blogspot.ca/2015/01/philippines-idiots-catholics-migrante.html

Vatican Circus in the Philippines: Pope Francis deceives Filipinos as Representative of Christ because he hoards billions of Marcos & Aquino loot in Swiss Banks   http://popecrimes.blogspot.ca/2015/01/vatican-circus-in-philippines-pope.html

Pope Francis should return all the billions looted by the Marcos family to the Philippines and its people -- instead of hoarding them in Vatican Swiss Banks.   http://popecrimes.blogspot.ca/2013/10/vatican-bank-closes-thousand.html

And the Jesuits transferred Marcos Gold & Billions of Dollarsto the Vatican Treasury.  The JESUIT ORDER - MASTER OF EVASION AND CONSPIRACIES
http://pope-francis-con-christ.blogspot.ca/2014/02/jesuits-transferred-marcos-gold.html


ALL THIRD WORLD COUNTRIES ARE NOT POOR –

---AND THE VATICAN-IN-SECRET HOARD in the VATICAN SWISS BANKS ALL IMPERIALISTS’ LOOTS.

READ ABOUT AMERICAN IMPERIALISM IN THE PHILIPPINES --- http://filipina-nannies-caregivers.blogspot.ca/2013/05/anti-imperialist-groups-cordillera.html 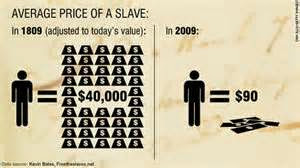 
Christ inspires and tells us that he wishes to be freed from the slavery of the Eucharist and be freed from the golden tabernacles in all Vatican Catholic churches worldwide – because all these are tools of the Vatican Mammon Beast to subdue people with feel-good theology – which are only pathological lies – that perpetuate their poverty and injustice and violence - via the Vatican Concordats, read more here in our article, Abolition of Vatican Concordat in Dominican Republic and bring pedophile Papal Nuncio and other pedophile Polish priests to justice  http://popecrimes.blogspot.ca/2013/10/abolish-vatican-concordat-in-dominican.html 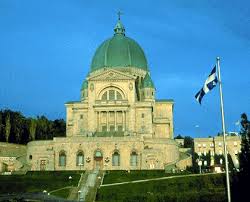 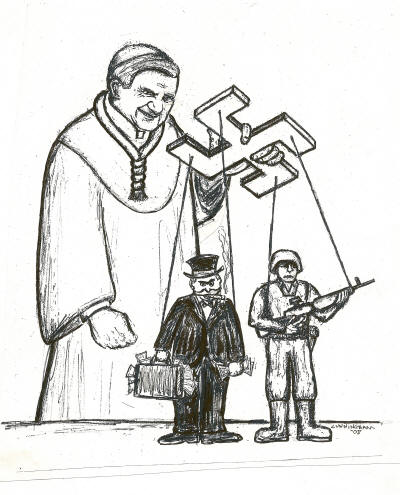 No need to be Catholic priests today: Gays now openly marry. Pedophiles are hunted in Roman Catholic churches (by Interpol). Eucharist is mythology

Jose Rizal - Noli Me Tangere - a novel MUST READ for ALL Filipina Nannies, caregivers and maids

Written in Spanish and published in 1887, José Rizal’s Noli Me Tangereplayed a crucial role in the political history of the Philippines. Drawing from experience, the conventions of the nineteenth-century novel, and the ideals of European liberalism, Rizal offered up a devastating critique of a society under Spanish colonial rule.

The plot revolves around Crisostomo Ibarra, mixed-race heir of a wealthy clan, returning home after seven years in Europe and filled with ideas on how to better the lot of his countrymen. Striving for reforms, he is confronted byan abusive ecclesiastical hierarchy and a Spanish civil administration by turns indifferent and cruel. The novel suggests, through plot developments, that meaningful change in this context is exceedingly difficult, if not impossible.

COUNTRIES. CITIES. FACTS WE NEED TO KNOW TO EMPOWER US